If you’re like me, about the time the price of a ticket to a first-run movie outpaced the cost of a month’s subscription to Netflix you started staying in for dinner and a movie once in awhile rather than hitting the multiplex every Friday night. 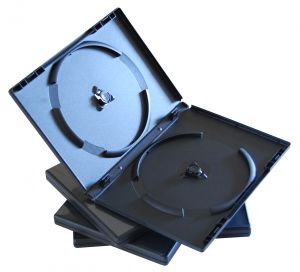 No, it’s not quite the same as sitting in front of a screen the size of Rhode Island, surrounded by Dolby sound that rattles your seats.

But on the other hand, if you have to go to the bathroom, you can pause the movie and not miss a single scene.

And there’s one other thing—watching at home gives you access to some really quality snacks without dropping a fortune at the concession counter.

Sure, you could order a pizza or Chinese take-out and be perfectly happy, but if the idea of home movie night is to save a little money, why not take a little time to rustle up your own grub?

Movie night is not the time to whip up a three-course meal that requires extra forks. What you’re going for is something quick and simple and filling you can put together in the time it takes to click through the previews on the disk. (Lately, doesn’t it seem like there are 30 minutes of trailers and ads on every movie you rent?)

And while you’re at it, why not match your food to the theme of the movie you’re watching? 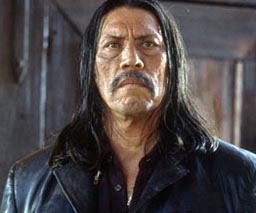 Say your choice for the evening is Machete with the ever-awesome Danny Trejo. Here are some suggestions:

Loaded nachos. Anyone can make basic nachos by melting cheese over tortilla chips, but that’s not a meal, that’s an appetizer you snarf to soak up tequila shots. If you want something with a little more substance, you have to think of tortilla chips and cheese as just the first two ingredients, the very basic building blocks of what will be the ultimate nachos.

Start with a cookie sheet sprayed with non-stick spray. Spread an even layer of tortilla chips over it. Open a can of refried beans. Smooth a layer of the beans over the tortilla chips. If you prefer, you can drain a can of pinto or black beans and spoon them over the chips instead.

Next, open a can of chicken and drain. Shred the chicken with a fork and spread over the bean layer.

Then top with grated cheese. (I like to use the pre-shredded “Mexican” blend of cheese.)

Pop in a 450 degree oven until the cheese is melted.

If you’re feeling decadent, top with a dollop of sour cream and or guacamole from the deli section of your supermarket.

Divide up the nachos on plates and provide plenty of napkins.

Easy enchiladas. Start with a package of corn tortillas (and they might as well be the large size) and a can of mild enchilada sauce. Pour a little bit of the sauce into the bottom of a rectangular glass baking pan.

Pile the tortillas with any and all of the following: refried beans, black beans, frozen corn kernels, chopped tomato, chopped avocado, rice, shredded cheese. Fold the edges of the tortillas over the filling and place in the baking dish, seam side down. Cover the enchiladas with more sauce, then sprinkle with more cheese and maybe some sliced olives. Bake at 375 until the sauce is bubbling and the cheese is melted.

These are really good warmed up for breakfast, by the way, especially if you have a hangover.

Chili with fixings. Use a can of chili per person and dump in a large saucepan to warm up. Serve with chopped white and green onions, grated cheese and sour cream. No one will complain. But if you happen to have a little time on your hands and you want to do something different, consider making the chili from scratch. Here’s a recipe for a beef and beans chili that has just the right amount of heat and more flavor than you can get from something out of a can.

Dice the onions and mince the garlic on a separate cutting board, set aside.

Brown the bacon and set aside.

Brown the ground beef in the bacon fat. Add the onions, garlic, chili powder and cumin as the beef browns. Before the beef is completely cooked through, pour out the excess fat.

Drain the liquid from the beans and add them. Add the salsa verde and the tomatoes.

Cook for at least 30 minutes on low, making sure to stir every five minutes or so. The longer the chili cooks, the more flavor the beans absorb.

Serves 6-8 or two people who go back for thirds.

Don’t forget dessert! But again, keep it simple. Think of the flavors that complement Mexican food, the three Cs—coffee, chocolate, and cinnamon. Pour a shot of Kahlua over a scoop of chocolate ice cream and top with a chocolate-covered coffee bean. Make a cup of Mexican hot chocolate, heavy on the cinnamon.

Pound a shot of cinnamon schnapps and chase it with a chocolate cookie.

Be aware that if you pound too many shots you might get into an argument about who’s the bigger bad-ass, Danny Trejo or Jason Statham. If that happens, you’ll want to watch Transporter 2 again to compare. If you still haven’t reached a consensus, check out Danny in Predators.

Chances are at some point after that, all those carbs and cheese will kick in and you’ll feel so mellow you’ll fall asleep.

And that’s what movie night is all about.

One thought on “movie night snacks–going beyond popcorn”