Open House was misleading. The promo hinted at a few things that didn’t happen, specifically the intense interactions between Ben and Vivien. When I heard ‘open house’, I expected to see people traipsing through the house, unsuspecting of its craziness. Instead we saw just one potential buyer and spent the majority of the evening seeing the layers (tiny, slow moving layers) peeled back on Constance and company. 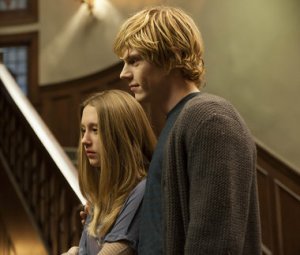 We end the night with Vivien seeing a picture of Nora…the same Nora that came to see the house. Maybe now mother and daughter can bond while dad stays eerily tied to the idea that all of the things that are happening to them can be easily explained.