karloff vs. carrey–which “grinch” is best? 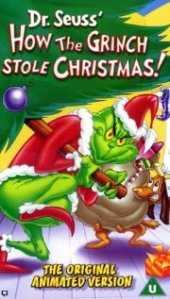 Theodor Seuss Geisel (aka Dr. Seuss) wrote How the Grinch Stole Christmas in 1957. Nine years later, it was adapted into a half-hour, animated special for television and it’s been running ever since. In 2000, Ron Howard teamed up with Jim Carrey to create a live-action version of the story, a big, colorful, noisy adaptation that ran for 104 minutes and made nearly $350 million worldwide. It was a huge success and yet… I prefer the original.

Here are five reasons why:

Animated or live action—no Christmas season is complete without a viewing of one or the other. My choice is the original.