game of thrones: season one revisited

Last year, Game of Thrones found a happy home for itself somewhere between Middle Earth and a political cesspool of deceit and immorality. The HBO fantasy extravaganza has a lot in common with the world inhabited by hobbits and wizards — the weapons, the clothes, the brooding looks of men who “sense something” on the horizon — but the similarities are only superficial.

Game of Thrones is more driven by character, and in turn, also by the vices of those characters. While Tolkien’s fantasy epic centered upon the dynamic of unlimited power that a ring introduced to a cast of dwarves, humans, and elves, Game of Thrones is about the corrupting force of basic human desires. Of course, this is all set in Westeros, a vaguely magical land of winter zombies and dragons, but that just makes it more fun. If you wanted to watch normal people behaving badly in normal settings, you could watch the news. 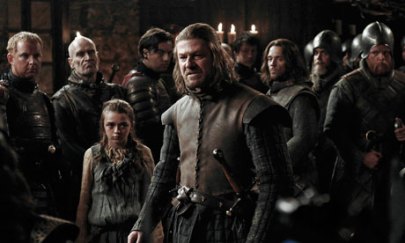 Season 1 of Game of Thrones primarily focused on the increasingly poor fortunes of the Stark family. Headed by the honorable Ned (played by Sean Bean, who seemed to enjoy his time riding horses and swinging a sword as Boromir in The Lord of the Rings enough to sign up for this gig), the Stark family’s two daughters, three sons, one bastard, and one ward pretty much all embark on story arcs that spiral down to a grim conclusion. The big moment from Season 1? Ned’s head gets chopped off. Good-bye, main character. But it wasn’t all death and destruction because in Game of Thrones you always have someone new to root for. If you liked Ned, why not switch allegiances to Dany, the exiled princess who just recently acquired a trio of dragons? Or Tyrion, the dwarf lord who uses his wit and intelligence to navigate a family and a world that despise him? 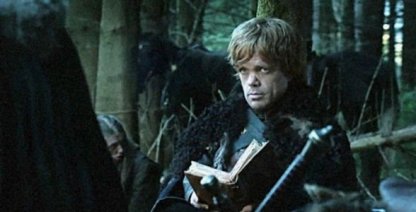 And now Season 2 is here! The much-anticipated premiere set the stage for the season’s epic showdown of wannabe kings. Now that King Robert is dead, the throne is up for grabs. There are no less than six contenders (that we take seriously): Stannis Baratheon, Renly Baratheon, Robb Stark, Balon Greyjoy, Daenerys Targaryen, and Mance Rayder. None of them are what you would call cooperative, and the ensuing mix of clashing personalities and medieval smear campaigns promise an explosive and entertaining year from our friends in Westeros. 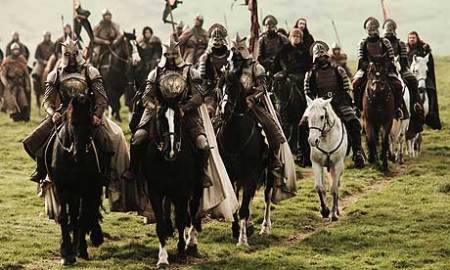 Things to look forward to this season:

Tagged a clash of kings, a song of ice and fire, game of thrones, George. R. R. Martin, hbo, middle earth, Sean Bean, season one, the lord of the rings, westeros

One thought on “game of thrones: season one revisited”