Last year we gave you our top nine picks for the fall season. We got a few right (The New Girl, Homeland, Once Upon a Time), and a few very, very wrong (Terra Nova, Alcatrez). This time around, the TVDM family is a little bigger and a year wiser, but we’re still bringing the same conceit that our selections will surely make it safely to a second season.

Here are the new shows we’re 99% positive will live to see syndication. Maybe. 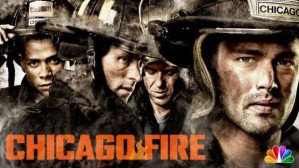 “JJ Abrams + dystopian society. What can go wrong? (Let’s ignore the recent cancellation of Alcatraz and focus on the genius found in Lost and, of course, Fringe!)” – emilymorita

“When J.J. Abrams and Eric Kripke come together on a show, I tend to get excited. I also love post-apocalyptic survival scenarios because they throw the world as we know it out the window and focus on how humanity adapts. Let’s just hope this doesn’t turn into another Lost.” – nmnelson

“Despite J. J. Abram’s rather shaky track record (for every Lost he gives us there’s an Undercovers not far behind), this high concept science-fiction tale about life after the fall of electricity may have what it takes to break through the primetime clutter. I’m expecting a slightly tamer Walking Dead with some added Abrams-esque flair — which sounds pretty spectacular to me.” – saidhayley

“I am sucker for two things: shows based in my hometown of Chicago, and any medical/police/emergency services drama. Chicago Fire? Check and check! It even has the adorable Taylor Kinney, from my tragically cancelled paramedic drama Trauma.” – nmnelson

“With what looks like a hilarious cast, Ryan Murphy (who is hit or miss for me), and the idea that normal is no longer what we all believe it to be, not to mention never existed in the first place, I think this show has a lot of potential.” – kris10alyse

“Ryan Murphy, the genius behind Glee, Nip/Tuck and American Horror Story, has a penchant for creating shows that are both amazing and only similar in that they’re so uniquely different from the project that came before. Couple that with a solid premise and the gorgeous-hilarous hybrid that is Ellen Barkin and I’m sold for at least an episode or two.” – nicolewritenow 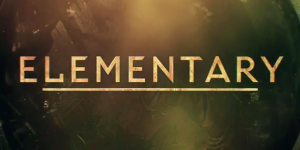 “Like that scene from What to Expect When You’re Expecting, on replay. Though it has some serious potential.” – kris10alyse

“We have Michael Urie (Ugly Betty), David Krumholtz (Numb3rs, Harold and Kumar, Serenity), Sophia Bush (One Tree Hill) and Brandon Routh (Superman Returns, but more importantly, Life is Hot in Cracktown) as four friends who are connected by one bromance. Bush finally gets to step away from the brooding she did for the last three season on OTH, Urie gets to be funny again and Routh as Urie’s boyfriend immediately reminded me of this. Toss all that together, and I have a new comedy to look forward to that will hopefully follow the same longevity as its lead-in, HIMYM.” – nicolewritenow

“Let’s be clear, Sherlock this is not. But I like Lucy Liu, and Jonny Lee Miller, and I’m digging this revival of Sherlock Holmes in the cultural zeitgeist, and I’m curious to see what they come up with.” – nmnelson

“Honestly, I think this show is more in danger of being awful than being canceled. The fan base for the legendary Green Arrow is already built in — though not by the CW’s usually demographic — so all they need to worry about is making this as awesome as it should be. Dark, moody hero equipped with a nasty-looking crossbow? Yes, please!” – saidhayley

“Another show with singing, yes please. Country singing? Could be even better. Plus Hayden Panettiere (Heroes) as a country star makes sense to me.” – kris10alyse

“In recent years, ABC has been my go-to network for drama and comedies, so I’m a little apprehensive when they delve outside of those areas (I blame shows like The River). However, this supernatural drama has two stars, Terry O’Quinn (Lost) and Vanessa Williams (Ugly Betty), that have proven to do quite well on this channel. Fingers crossed it’s ‘first season of American Horror Story’ good and not ‘every episode of the Charlies Angels remake’ bad.” – nicolewritenow 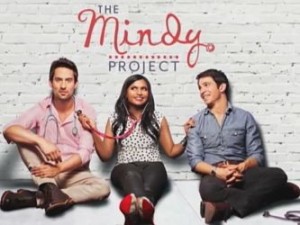 “A fun comedy with siblings as the main protagonists. With writers and actors from Community and New Girl, this show is sure to take the best of both and turn it into a hilarious show everyone can laughingly relate to– or wish they couldn’t relate to.” – emilymorita

“Mindy Kaling,  a writer and actress from The Office starring in her own comedy? I think yes! As her Office episodes have been some of my favorites, I’m positive that this show will go places.” – emilymorita

“I’ll admit, I cheated and watched the first episode of this new series when Fox released the preview. I already know that Mindy as an OB/GYN who believes in all the rom-com BS and just desperately wants to get her life together is the role she was made for, outside of Kelly Kapoor, of course. I will watch faithfully and thank whoever the genius was at Fox who decided this show was the perfect compliment to New Girl. I’m sure NBC will kick themselves for not realizing adorably comedic gold when they see it.”  – nicolewritenow

“This show is stacked with star power and a thrilling premise that’s not afraid to break out of the snooze-worthy procedural format. Kevin Bacon and James Purefoy (who history nerds like me will recognize from Rome, Camelot, and Vanity Fair) lend their impressive acting chops to this cat-and-mouse crime thriller about an escaped serial killer and his quest for vengeance.” – saidhayley

Check back next week when we’ll revisit the shows we knew would get cancelled and cover the new shows we hope will have the same fate.

Leave a Reply to fall 2012: tv shows that will be (or should be) cancelled « tvdinner&amovie Cancel reply