parks and recreation recapping: how a bill becomes a law 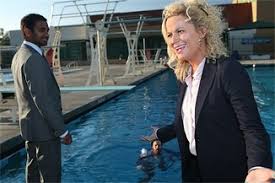 Oh, Parks and Recreation. You are beginning to worry me. I have decided that many,  many small factors need to happen to make a perfect Parks and Rec episode. And before you begin saying, “Well, perfect is impossible,” we have all seen it happen before. Just last season there were three “perfect” episodes I can name right off the bat: “Soulmates,” “Treat Yo Self,” and “The Treaty.”

Some of the things that help comprise this perfect episode are as follows: an overall arching plot arc (last season it was Leslie running for office), a smaller episodal arc (for “Treat Yo Self” it was celebrating Treat Yo Self and cheering up Ben), and giving the minor characters a larger role (in “Soulmates” it was Chris and Ron’s cook-off).

This episode lacked my overall season plot — but that’s one of this season’s problems. There’s no real overarching plot for this season. We shall see what it becomes — and I am hoping that they come up with one soon! The best part of this episode was definitely my minor character interaction, thanks in part to Andy and Ron, and Ben and April.

Leslie wants to pass a “Fun in the Sun” bill that will keep their public pools open longer, benefiting the Pawnee Porpoises swim team. Chris starts a 3-1-1 phone line where the Parks and Rec department forwards calls to the correct place. Ron and Andy go fix a pot hole. Ben and April go on a roadtrip to Pawnee. 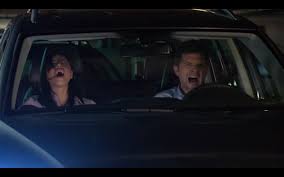 Plot Holes, Discrepancies, and Things I Just Don’t Like 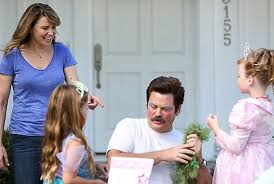 April: Hey, are you busy? And writing Star Trek fan fiction does not count.

April: I miss Andy. And you probably miss your lover, Chris.

April: [mouths “I will kill you” in the background while pretending to slit her throat]

Councilman Milton: You too, my strange, foreign friend.

Leslie: The more we eat, the faster we talk.

Tom: You can really taste the ignorance.

Leslie: Councilman, you have grandchildren…

Councilman Milton: Right, Tim. How many is that?

Ben: [reading his Star Trek fan fiction aloud to April]  “Data had never felt this way before. Of course, data had never felt anything before. But Captain Picard couldn’t help but note the smile that crept over his mechanical but lifelike face.

Ben: I understand. Just one second. “As they walked down the hall
into the bridge…”

3 thoughts on “parks and recreation recapping: how a bill becomes a law”