Previously on The Walking Dead: I aint a Judas

This episode felt a bit like a  filler episode after what we have experienced with Suicide King and Home, but it still had its intrigue. 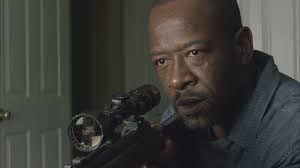 “You will be torn apart by teeth or bullets”-Morgan

“We are eating his food now?”-Rick