Previously on Parks and Recreation: The Comeback Kid

Synopsis: Leslie and Ben encounter their first campaign-related disagreement when trying to decide the best campaign ad she can use to go head-to-head with her new opponent. Chris attempts to become BFFs with Ron, which of course makes him uneasy. Meanwhile, Andy and April spend the week visiting various doctors and specialists. 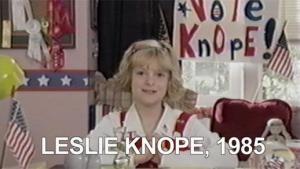 I’m sure the two are unrelated, but PandR being this funny definitely helps dull the pain of being Community-less every Thursday night for the next few weeks. Without further delay, here are my favorite parts of ‘Campaign Ad’: 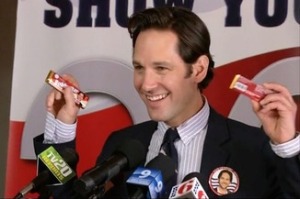