Theon Greyjoy, the Stark’s ward, finally returns to his home on the island of Pyke in order to convince his father that they should join forces with Robb Stark. However, all does not go as planned. After getting to a very icky second base with his sister Yara (in Theon’s defense, he thought she was just some random girl), he discovers his father kind of hates him and has absolutely zero interest in helping Robb.

Meanwhile, the political players of the Game of Thrones make their opening moves. Stannis prepares for war by hiring pirate Salladhor Saan and his fleet of ships while over at King’s Landings Tyrion begins to assert himself as Hand of the King. He throws out the untrustworthy Janos Slynt and confronts Cersei about her son Joffrey’s uncontrolled reign as king. 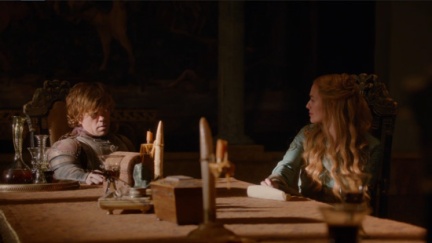 The likeable female protagonists, all two of them, have a tougher time in this episode. Arya’s attempt to remain disguised as a boy is discovered by Gendry, who may or may not be one of Robert Baratheon’s remaining bastards. Dany and her khalasar are on the verge of death, and no hope of salvation appears imminent. Apparently, three dragons aren’t much help when it comes to finding allies, finding civilization, or simply finding water. 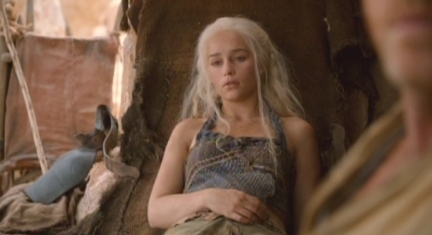 Beyond the Wall, Jon Snow and his Night’s Watch brothers continue their stay at creepy Craster’s Keep. Sam befriends Gilly, Craster’s pregnant daughter/wife (it’s as messed up as it sounds), and unsuccessfully tries to convince Jon that the troubled girl should come with them. Curious about the depths of depravity that exist in Craster’s family, Jon investigates the sound of a crying baby, only to be knocked out unconscious by a very unhappy Craster

Missing in action: Renly, Catelyn, Robb, Sansa, Bran, and Joffrey (but honestly, who missed this kid?)

Body count: 1 – Poor Rakharo. Only his head returns to Dany after a clearly unsuccessful scouting venture.

Varys: “Storms come and go. The big fish eat the little fish, and I keep on paddling.”

Cersei: “This is what ruling is: lying on a bed of weeds, ripping them out by the root one-by-one before they strangle you in your sleep.”