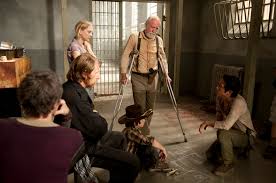 And It All Comes Together

“You went down to help them even thought you might have died trying? Is that something your sheriff friend taught you?-Merle

“I may be the one who is walking away, but you’re the one leaving..again.”-Daryl

“We need you [Rick] now more than ever”-Hershel