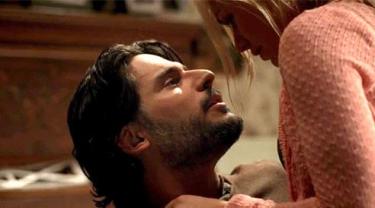 What other fun things will Pam command Tara to do?
I have always felt Tara was a weak character. She was always in some sort of trouble and perpetually complaining about her lot in life. It made it very hard to like or even tolerate her time on the screen. Pairing her up with Pam, who is arguably one of the show’s strongest characters could be a great idea. Gone are the days when Tara tries to commit suicide or flees town when things get too intense. With Pam as her maker, she’ll be forced to grow a backbone and maybe become a little more fun in the process. Jessica could surely help a little bit since she’s no longer the resident vampire baby and might be able to offer Tara some advice. I’m hoping now that they’ve normalized Tara being a vampire a little bit, we’ll be able to see the funner side of where this story is going.

Is Alcide the “new fool” that will take a bullet for, and subsequently protect Sookie?
According to Tara, Sookie will always be safe because she is protected by the fools around her. If last night was any indication, Alcide is ripe for taking over the new position. They’ve been doing this little dance for awhile and Eric and Bill are out of the picture (romantically), so this would be a good time for the two to explore things. There are two things to remember: Alcide still may have to take over packmaster duties and daddy Pelt, along with his wife, could still make a return. Either of those things happening could have a negative impact on the brewing romance between Sookie and Alcide. Also, it looks like Bill and Eric are prepping to demand Sookie help them find Russell, which would definitely stall things for Alcide.

What will Pam and Eric’s “break up” mean for their relationship?
As evidenced by Lorena’s hold on Bill, a maker releasing their vampire doesn’t mean the ties are completely broken. I look at Eric releasing Pam as the contract being broken; however, just because she can leave him doesn’t mean she will. Sure, I think she’ll take some time to nurture her new relationship with Tara in some form or fashion, and she may ever enjoy having a certain level of freedom she didn’t have when Erin was in charge, but I doubt this is little more than a formality.

Who else pegged little Alexander as the traitor?
If anyone was going to be accused of the double-cross, I would have thought Rosalyn immediately (something about her suits and helmet hair just didn’t seem trustworthy). Although Alexander, the adorable kid vampire, was the one killed for working with Nora to further the Sanguinista Movement, something still seems off. We never actually saw Nora out him as a fellow traitor, so he might just be one of several traitors among the Vampire Authority. Or, he might not be a traitor at all, and instead just had the misfortune of getting caught with the right video at the wrong time. Please, can we see more of this and less of Patrick and Terry’s trek across the country?! 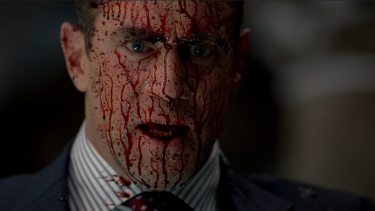 thoughts on true blood: whatever i am, you made me

Will Rev. Newlin as the “new Nan Flanigan” turn out to be a bad idea?
He wasn’t all that nefarious as a human, and even as a vampire, Newlin hasn’t done anything to make himself seem particularly scary, so that’s already a strike against him. Bill and Eric’s “get Russell or die trying” plan will finally get going next week or the week after (I’m assuming) and the members of the Sanguinista Movement aka the Anti-Mainstreamers will make an appearance in one way or another as well. I still don’t think we’ll learn all there is to know this season, but I doubt Nora is the only Movement member we’re introduced to. All that will be a joy to watch, but it’s not likely Bill and Eric can wage this little war undetected by any humans or outsiders, and that will give Newlin something to do. I’m not starting to like him, but I think he has possibilities in a role that has authority over Bill and Eric. Hopefully it’s one of those bad ideas that’s really good to watch.

Are Pam’s flashbacks the only ones that aren’t incredibly boring?
An emphatic yes! Not only did it draw an interesting parallel between Pam, Eric and Tara in their respective maker/makee roles (Eric is NOT going to be happy that Pam made Tara and then abandoned her!), but it was also fun to watch. We met the incredibly flexible Rubber Ruby and heard Pam say, “A good merchant doesn’t compete with her merchandise.” Bust most importantly, we finally saw where Bill and Eric’s dislike for each other initially stems from, which had a very Angelus/William the Bloody feel to it. Eric and Pam making out was hot, but closing out the flashback watching Pam cry tears of blood in her sleep was significantly less hot.

Was there something more to Ms. Steeler?
I could be reading way too much into this, but something about Miss Steeler (played by Melinda Page Hamilton) and her cat Rex’s reaction to Jason makes me think that was a hint to something more. Perhaps Rex smelled something on Jason (lingering panther? fairy blood?) or maybe Steeler is more than just a teacher who slept with her student 15 years ago. If I’m wrong and she was just there to let us know where Jason began his sexual journey and push him into the strictly platonic arms of Jessica, that’s fine too.

What makes Salome the Guardian’s ‘secret weapon’?
She’s obviously a seductress, but surely Roman has higher qualifications  for his right-hand (wo)man than being the dancer of the 7 veils. The Vampire Authority is a varied and powerful bunch, so whatever it is that makes Salome special is probably a very big deal.

Is Alcide going to tell on Sookie?
Nope. Never. Gordon and Barbara Pelt will probably figure it out long before Alcide decides to betray his dear Sookie or Andy puts the pieces of the puzzle together. I care less about the Pelts learning that Debbie is dead and more about us finding out whether Gordon and Barbara (or both) are werewolves. 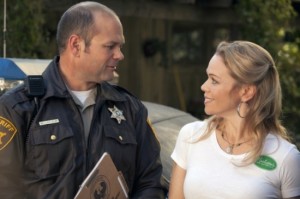 Next week’s True Blood: We’ll Meet Again (Who is Lafayette calling the Angel of Death? Probably Sookie.) Also, whoever made this “Carly Pam Jepsen” is awesome.