This wasn’t my favorite Parks and Recreation episode; however, it was definitely my favorite Christmas-themed episode of this season. Citizen Knope didn’t bombard us with lessons on selflessness and it didn’t overplay the materialistic nature of the holiday.

Instead, we learned that Leslie’s “scandal” had a little more impact than she thought it would and her campaign managers quit. But who really needs those two when she has the entire PandR department leading her to victory (minus Jerry…poor Jerry). Aside from that tear-inducing ending, here are my other favorite moments of the night: 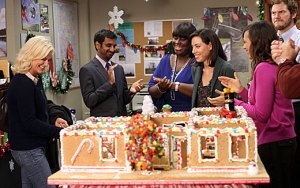