I decided to stage a 1-person boycott against Law and Order: SVU at the end of season 12 after Christopher Meloni left the show. No matter how dreamy I find Mr. Harry Connick Jr., there was no way I wanted to enter a parallel universe that left Benson without Stabler. Basic Lupine Urology gave me the opportunity to revisit a show I once loved and enjoy a show I’m currently obsessed with, while holding steadfast to my outraged, yet silent boycott.

I avoided any potential spoilers because I didn’t want anything to ruin the perfection I was imagining when they first announced that this episode was in the works. However, I spend at least half my week on the Internet, so it was inevitable that I’d stumble upon some teaser from Community‘s homage to Law and Order. Fortunately, it was nothing more than a few stills from the opening theme. No biggie. Avid (and bored) fans set the stage for this months ago (Arrested Development and Buffy were my personal favorites). But I found myself wondering…would Steven Zirnkilton provide the opening narration (“In the criminal justice system…”)…could I depend on Troy and Abed to give me some Tutuola and Munch-style back and forth….and most importantly, are Annie and Jeff going to resurrect that Stabler/Benson sexual tension or did last week’s realization that she only loves love and not Jeff ruin any hopes of that?? The short answer(s): No, yes….kinda? 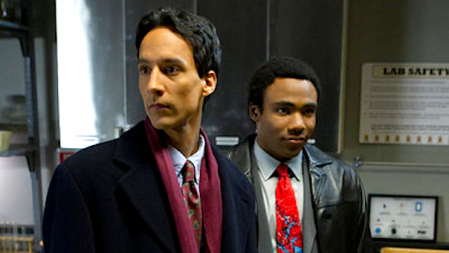 Typical Annie wants to save the group’s grade when their yam (Pam the Yam) experiment is destroyed, while typical Jeff wants to catch the culprit quickly, utilizing the least amount of morals possible. Shirley uses her familiarity with procedural crime dramas to send Troy and Abed on the hunt to catch the perpetrator. Pierce was…well, Pierce was absent (did anyone else think for a moment that this is what the show would be like without Chevy Chase?) and Britta was pretty much MIA as well.

In what has been consistent of the second half of a pretty amazing season, Community has yet again managed to be funny and attempt a themed episode that would be a complete fail for (most) other comedies. Without further delay, here are my favorite parts of tonight’s episode: 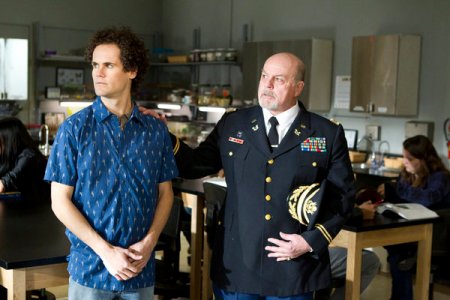 Troy and Abed off to dreammm-land. Sweet Deans everyone!